The week of May 11, 2020 is National Police week in Washington, DC and has been attended by law enforcement worldwide.  At the same time police departments in Lebanon County have gathered at the Lebanon County-City Municipal Building on the Tuesday of police week to host a memorial service to remember officers killed in the line of duty in Lebanon County and countrywide.

Due to the COVID-19 pandemic, all events during police week have been canceled.  The Lebanon County Chiefs of Police Association would like to take the time to share the history of police week, statistics, and to remember the fallen from Lebanon County.

In 1962, President John F. Kennedy signed a proclamation which designated May 15 as Peace Officers Memorial Day and the week in which that date falls as Police Week. Currently, tens of thousands of law enforcement officers from around the world converge on Washington, DC to participate in a number of planned events which honor those that have paid the ultimate sacrifice.

The black ribbon placed over the badge is worn to symbolize the law enforcement community in mourning.

The history of the bagpipes for officers in the United States originates from law enforcement and fire fighters in the eastern states. Most officers were of Irish descent and bagpipes traditionally announced the Queen's Army marching to and from battle. With its beautiful tones, it is traditional to honor the officer and the family.

The bagpipe is much used by the Irish. To its sounds, this unconquered, fierce, and warlike people march their armies, and are encouraged to feats of valor. With it they also carry their dead to the grave, making such a mournful sound as to force the bystander to weep.

Symbolizes the rider not returning. It originates from times when horses were the primary means of transportation. The boots are reversed in the stirrups symbolizing the missing rider.

The firing of three volleys, according to ancient belief, will scare away evil spirits. This ceremony was modernized to a twenty-one-gun salute in the United States.

Played to honor the fallen officer, in our para-military occupation.

Taps was sounded that night in July 1862, words were put with the music. The first were, "Go To Sleep, Go to Sleep." As the years went on many more versions were created and this could be another article in itself.

Folding of the American Flag

The casket is covered with the American Flag. The flag symbolizes the service of the deceased in the community and the United States. After it has been folded the flag is presented to the next of kin.

For all time the total officers killed in the line of duty is 24,199.

In the state of Pennsylvanian, the total officers killed in the line of duty is 1,029 and 18 K9’s.

And Very Special Prayers for

It is our hope that this information helps to explain the history and importance of National Police week and why we in law enforcement hold this week dearly.  We intend to hold a postponed event to honor our fallen in the fall. 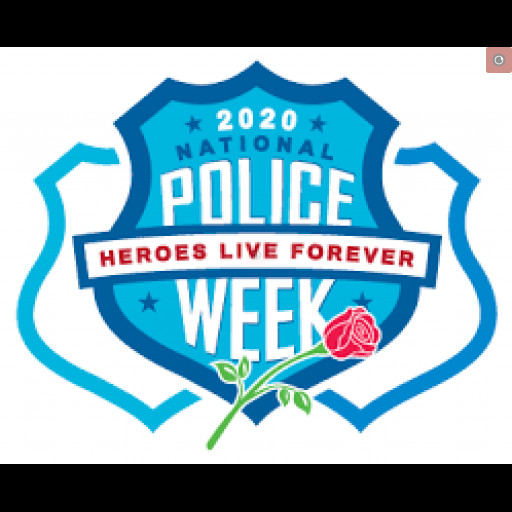