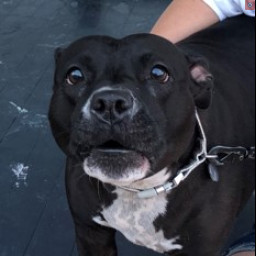 Can anyone help me find my human?  I was found in the 1st block of North College Street around 6:30pm.  I'm a female with a sparkle collar.  If you can help, please contact the Palmyra Borough Police Department at 717-838-8189. 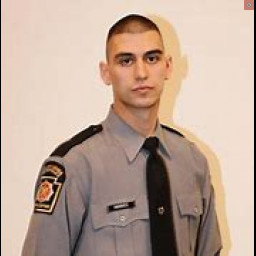 The Palmyra Police Department recently applied for and has now received a new PBT from the Trooper Iwaniec Memorial Foundation.  The PBT will be used to help in investigations involving DUI's in the area.

Trooper Kenton Iwaniec was killed by a DUI driver on March 27, 2008 while driving home from work.  The foundation was started by his family with a goal of honoring DUI victims, raising awareness of the seriousness of impaired driving, and encourage the community to have a positive influence in the reduction of impaired driving.

On 9/1/21 at 4:34pm, the 200 block of West Cherry Street, Palmyra is being closed down due to high water.  Please avoid driving through this area.

At 6:27pm, this section of roadway was reopened to traffic.

The Palmyra Borough Police Department, as well as other western Lebanon County Departments, have received numerous complaints regarding vehicles being damaged.  This occurred sometime last evening through early this morning.  A narrower time frame is not currently available.  While some video evidence is already being examined, anyone with additional information or surveillance camera footage is asked to contact Palmyra Borough Police at, 717-838-8189.

Charles has been located.  We would like to thank everyone who provided information which lead to the positive outcome.

3 vehicle accident in the 800blk West Main St.  Expect traffic to be slow moving or look for alternate routes.

Road Closed Due To Accident

The 700blk West Main St will be closed due to an accident and a telephone pole being down. The road is closed at Main and Lingle St and also at Main and Hetrick.  Drivers should use Cherry St as an alternate route.

Met-Ed is on the way and its unknown how long the road will be closed at this time.